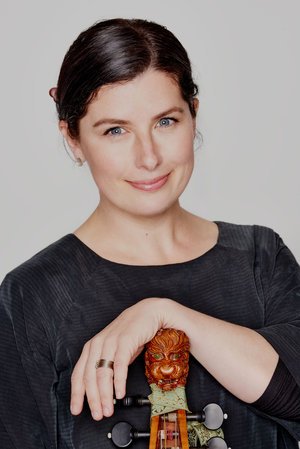 Melbourne-based viola da gamba specialist Laura Vaughan is a dynamic and well-recognised member of the early music movement in Australia.  Following her return from studies at the Royal Conservatory of The Hague, she has established an active performing career on viol and violone, encompassing a wide range of solo and chamber repertoire across Australasia.  Passionate about the unique sound world of the viol, Laura is committed to bringing this exquisite repertoire to audiences around the world through music both old and new.  She is also one of the few exponents of the rare lirone.

Laura  can be heard regularly on ABC Classic FM as a soloist and chamber musician and appears on numerous CD recordings, including solo recordings for the Move and Paladino labels.  In addition to solo performances, she works with many Australian early music ensembles including the Australian Brandenburg Orchestra, Orchestra of the Antipodes, Adelaide Baroque, Accademia Arcadia, Consortium and is a founding member of the multiple ARIA award nominated trio Latitude 37.  Laura has appeared with Tasmanian and Adelaide Symphony Orchestras, and Auckland Philharmonia.  When not playing the viol, Laura can usually be found in a park with her two young children, her Tibetan Spaniels Abelard and Heloise, and almost certainly a good Melbourne coffee.”